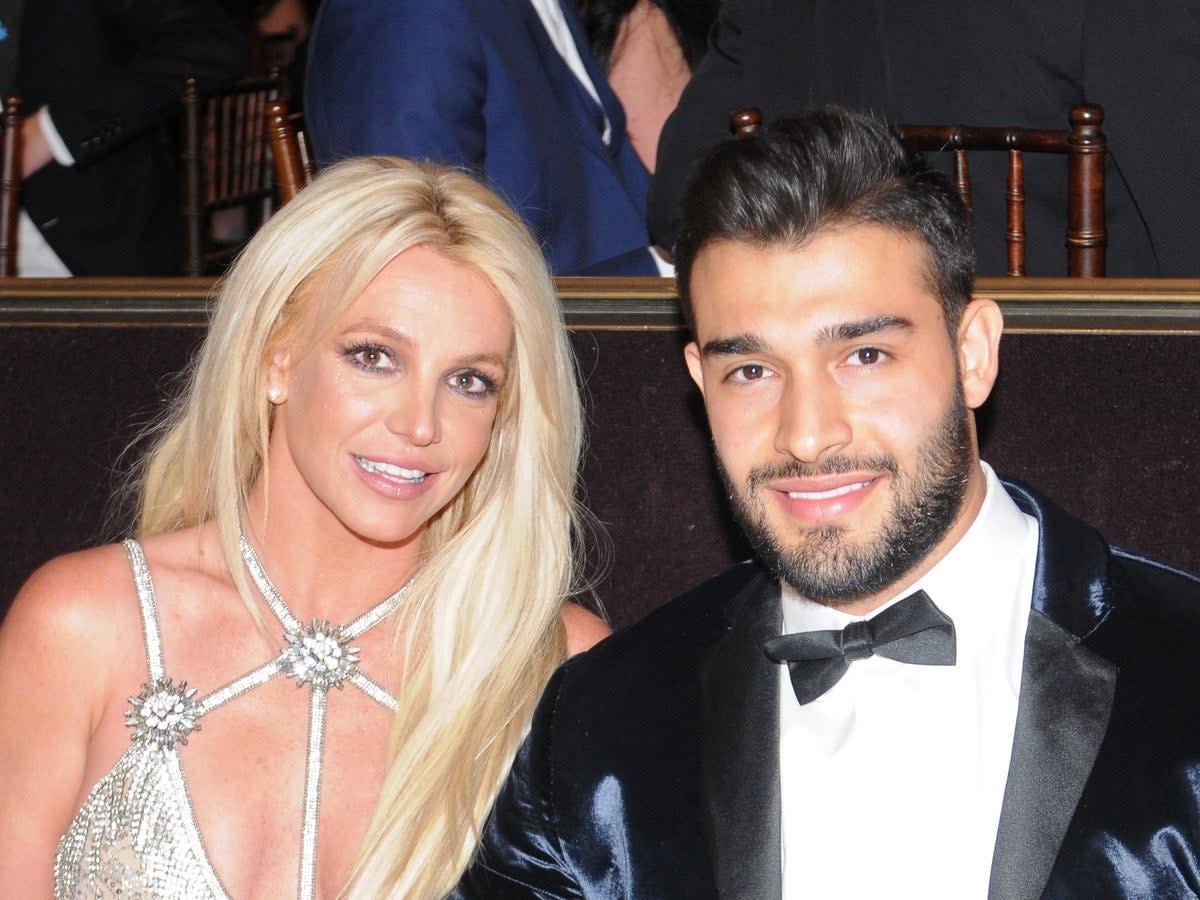 Britney Spears has thanked the Versace tailoring team for creating her bespoke wedding dress and making her feel like a “real princess”.

The pop star shared a video of seamstresses sewing buttons on the dress, as well as satin trims around her veil and small beads on mesh gloves.

She revealed that more than 700 hand stitches went into making and sewing the dress, which was made of white silk cady.

“A big thank you to Donatella Versace and the Versace team for making me a real princess!!!” Spears, 40, wrote on Instagram.

The “Oops, I Did It Again” singer married partner Sam Asghari, 28, at her Los Angeles home last Thursday.

However, Spears’ family was noticeably absent from the ceremony, as were her two sons with ex-husband Kevin Federline, who suggested they didn’t want to “take away” the limelight from their mother.

Spears and Versace have been friends for years, and the singer wore the Italian designer’s dresses often during the early years of her career.

Talk to Variety in April, Versace said Spears was in “incredible spirit” and was “very happy to see her like this.”

Spears and Asghari had been dating since 2017 and got engaged in September 2021, two months before Spears’ controversial conservatorship ended.

Posting on Instagram after the wedding, Spears wrote that “the ceremony was a dream and the party was even better.”

“It was the most spectacular day! I was so nervous all morning, but at 2 p.m. it really hit me… We’re getting married! I had a panic attack, then I pulled myself together…Sam Asghari, I love you! she says.

On the day of the wedding, Spears’ ex-husband Jason Alexander arrived unannounced at the property.

Alexander, who Spears was married to for 55 hours in 2004, said he intended to “crash” the event but was quickly arrested at the scene.