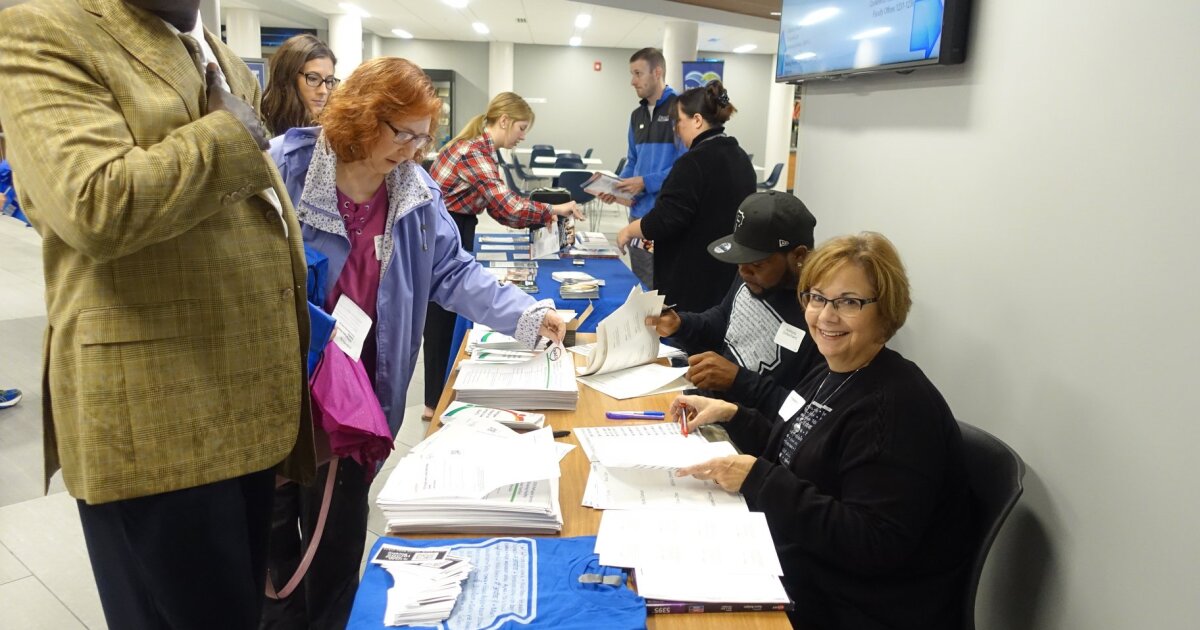 IowaWORKS has partnered with local resettlement agencies to offer a three-part webinar series on how to recruit and support foreign-born Iowans. The series, which is now available online for businesses, is part of a new initiative to focus on how to increase refugee success in Iowa workplaces.

Before a company hires refugees, it must have resources, said Stephanie Moris, director of the Refugee Alliance of Central Iowa. She said she has seen more and more companies open to hiring non-English speaking refugees.

“For a state that is experiencing a demographic decline and experiencing an employee shortage crisis, for us, it’s great to connect with employers who are now ready to think outside the box,” Moris said.

Moris said employers need to be innovative when it comes to overcoming barriers such as language and transportation for refugees. For example, she said it’s often helpful for employers to develop on-site English language learning courses. Morissaid hosting the class directly on site helps to ensure that the courses are sustainable and accessible to all employees.

“The employer benefit is obviously quite significant as well,” she said. “So they have a huge workforce, so that’s capable of progressing.”

Moris said employers should actively support refugees to develop their skills and take on leadership positions within companies. If businesses can develop a culturally competent and supportive space, Morris said refugee populations often begin to recruit others to join them.

But recruiting refugees has to start with the hiring process, said Iowa refugee specialist Edgar Ramirez. He said even an online application can be a barrier for foreign-born Iowans. He said companies should think about the needs of refugees when interviewing applicants.

“It’s not just about hiring them and placing them and keeping them, but now it’s more about realizing that it’s long term,” he said.

“The more we can get involved in these changes, the better off this employer will be.”

At Michael Foods, a food manufacturing company, lead recruiter Alex Borsay said his company was successful in bringing in a translator to help them through the hiring process. He said this practice has helped ensure that employees are comfortable and well-trained in their jobs.

He said the Norwalk company was also working to hire large groups of refugees, to try to offset some of the fears of starting in any new position they might have.

“So they really understand that they won’t be alone there and that there are lots of people they can befriend, work with and communicate with,” Borsay said.

Workspaces also need to consider how their work protocols may conflict with newcomer cultures. Borsay said Michael Foods adjusted its hat-free policy to accommodate the religious need of many of its foreign-born employees to wear head coverings.

“The more we can get involved in these changes, the better off this employer will be,” said Drew Emerson, corporate marketing specialist at IowaWORKS. “So we just want to be able to give them the tools to start taking those things into consideration.”

In order to meet demand, Ramirez said IowaWORKS will continue to work with local resettlement agencies across the state to offer refugee-focused job fairs in the coming months. He said that’s just part of the infrastructure Iowa needs to build between its businesses and its refugees.

“Iowa has been welcoming refugees for years,” Ramirez said. “But we never really focused on refugees. It’s a way of providing that insight. “