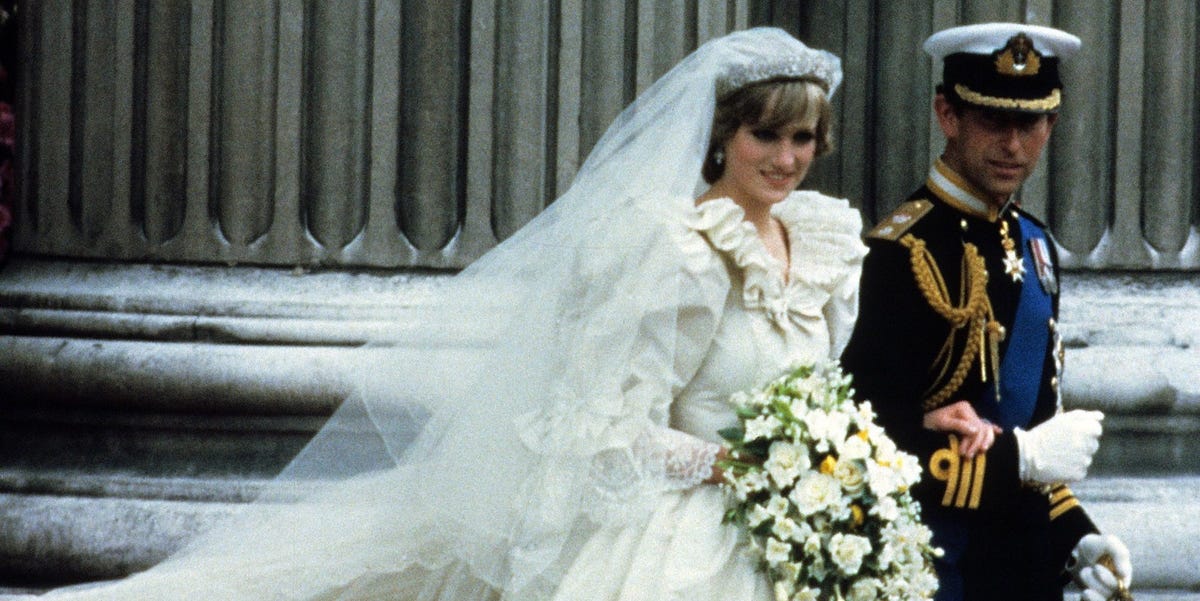 Princess Diana’s wedding dress designer Elizabeth Emanuel once said she was “horrified” when she saw the royal on her wedding day because of the wrinkling of the dress.

During an appearance on ITV’s ‘Invitation to a Royal Wedding’ in 2018, Emanuel, who designed the ivory silk dress with her former husband David Emanuel, recalled the moment she saw the Princess of Wales step out of her wedding car on July 29, 1981.

“We knew it would bend a bit, but when I saw her come to St Paul and we saw the crease, I felt weak,” she said, according to the Daily Mirror. “I was horrified, really, because it was a lot of creases. It was a lot more than we thought.”

This wasn’t the only wardrobe malfunction on Diana and Prince Charles’ wedding day. According to InStyle, Diana’s makeup artist said in a book that the princess spilled Houbigant Paris Some Flowers perfume on her dress just before walking down the aisle.

Makeup artist Barbara Daly said she tried to clean the dress but the scent still left a big stain. Daly said she asked the royal to hold the dress by the stained area so it looks like she was just trying to avoid stepping on it.

Despite the mishaps, Diana called David Emanuel after the ceremony to thank him for his work on the dress, he recently told Hello magazine.

“After all the photographs, they went to have breakfast for the wedding and I returned to my studio in Mayfair. All my ladies from the studio were there, so we had a glass of champagne,” he said. he declares. “We had a little party and just as I’m about to close the phone rings… I thought to myself who was calling? It was Diana! She said ‘I just wanted to say thank you so much for the dress. I loved Prince Charles loved it. The whole family loved it. ‘”

He added: “It couldn’t have been more special for me to hear from the client. When you design for a bride, you want her to be happy. As long as the bride is happy, that’s it. what matters. The fact that she took the time before she went on her honeymoon … that’s a real kindness. “