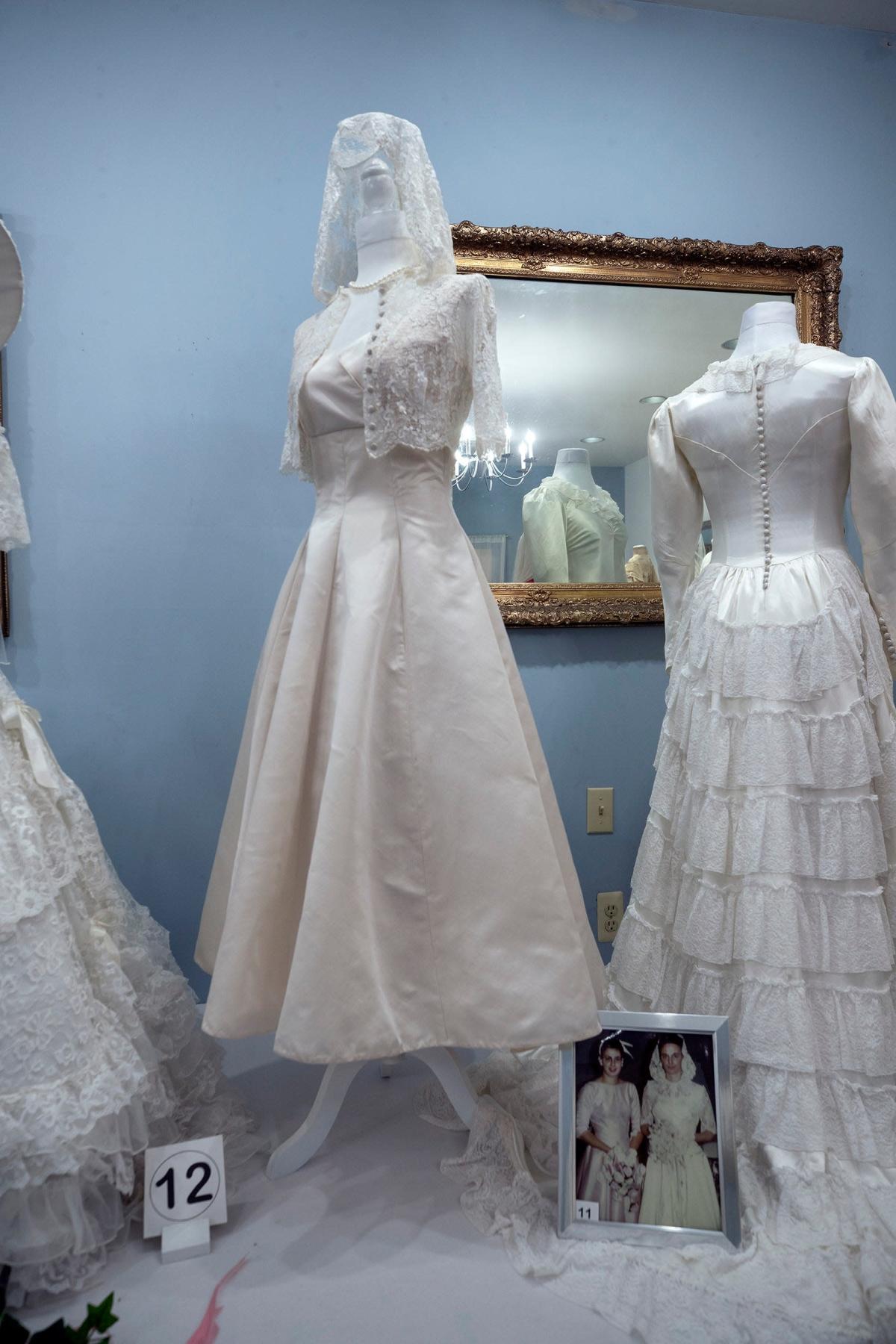 The Shrewsbury Historical Society certainly has something old covered, with an exhibit featuring nearly 40 wedding dresses, including one from 1886.

Local families and visitors donated these heirlooms. The exhibit debuted in November 2020, but was shut down by the pandemic. From January, it is visible on Sundays from 1:30 p.m. to 4 p.m.

The exhibit was curated by Don Burden, President of the Historical Society and former Mayor of Shrewsbury; Judi Buncher, the clothing designer and restorer; and Gee Gee and Robin Blair.

Buncher restored 26 of the 39 wedding dresses, repairing wear and tear and removing stains, such as red wine. She also remade several headdresses, sometimes using original materials. In one case, she restored every button on the back of an intricate dress.

“I love history and I have always believed that you wanted to preserve history as much as possible,” she said.

Other curators and volunteers also helped restore the dresses.

Each dress comes with a photo of the bride wearing it.

“It’s not just the dresses, it’s the stories that come with it,” Burden said. “For most of the women, it was the most expensive dress they had ever had and some of their families didn’t have much money and had to make sacrifices for them.”

The oldest wedding dress in the exhibit originally belonged to Miriam Allen of Deal, who wore it for her wedding in March 1886. It was re-worn 65 years later by Miriam Buchaca, her granddaughter and namesake, in March 1951.

The hand-sewn silk-satin dress is “one-of-a-kind” according to the show, with an eyelet bodice over a whalebone corset with a touch of lace around the neckline. There is also a “bonnet” yoke at the shoulders which forms the long sleeves. The bodice is tied at the back of the skirt, not at the front.

“It’s wonderful to be able to display my family’s dresses,” Buncher said. “I hope they look up from the sky and see this wonderful exhibit knowing they were a part of it.”

Robin Blair donated her own wedding dress and the Blair family donated their grandmother’s 1908 dress. Her name was Georgia Gotshall and, according to the family, the intricate details seen in the dress. were due to a resident seamstress who stayed with the family for a week or more to both design it and other seasonal clothing.

The exhibit continues to grow as donations flow in.

“We’ve already had between 500 and 600 people here,” Burden said. “… It brought a lot of new people and exhibited more at the museum. So many people have come back and brought others to show them, and it’s amazing.”

Reservations for the exhibition are encouraged. Private tours can be arranged by calling the Shrewsbury Historical Society, 419 Sycamore Ave., at 732-747-3635 or by emailing [email protected]