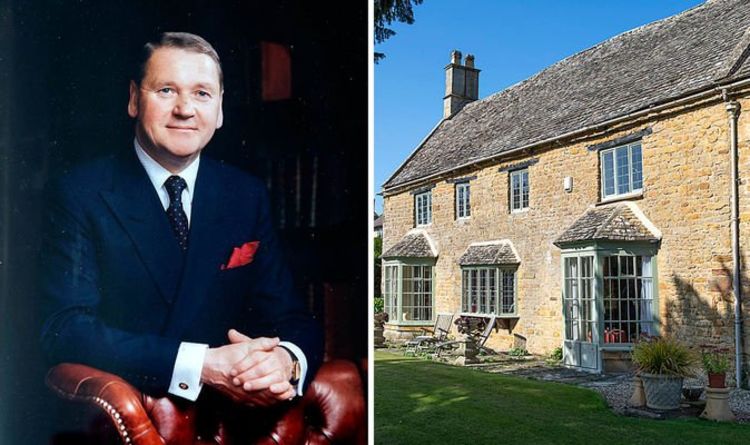 Mr Thomas helped create the Queen’s Coronation Dress in 1953 and was also the originator of the blue chiffon outfit she wore for Charles and Diana’s wedding in 1981. He also designed outfits for the Queen Mother and Princess Margaret. He received a Royal Warrant in 1973 and His Majesty loved racing fan Mr. Thomas so much that she gifted him a horse – and a Corgi which he returned because he couldn’t continue.

Preserving all the memories of her glory years, her home in the Cotswolds would have been like a museum with framed and signed photographs of the Queen taken on the day of her coronation by Sir Cecil Beaton, Christmas cards of her and drawings for royal motives.

There was also a 12-piece Royal Worcester coffee set she sent him and framed embroidered samples for the coronation robe worn for the ceremony at Westminster Abbey.

Mr Thomas, a long-time single, died in 1993 and left his house and contents to a London florist with whom he had been friends for 25 years. His shop was near his workshop.

After his death in 2015, the property was inherited by a relative, who sells the content.

Simon Knowles, from Amersham Auctions in Buckinghamshire, who manages the October 31 auction, said the treasure is expected to bring in more than £ 100,000.

“These items include an extensive wardrobe of fashion and special occasion clothing, original photographs and portraits of Sir Cecil Beaton, works of art and sketches by [dress designer] Norman Hartnell and Thomas himself for the Queen and her immediate family.

“The Beaton photo of the Queen on her coronation throne is one of the most famous Beaton images. It is in a royal frame, signed by the Queen and is an original print from Beaton’s studio.

“Everything was left exactly that way, almost like a sanctuary for him. “