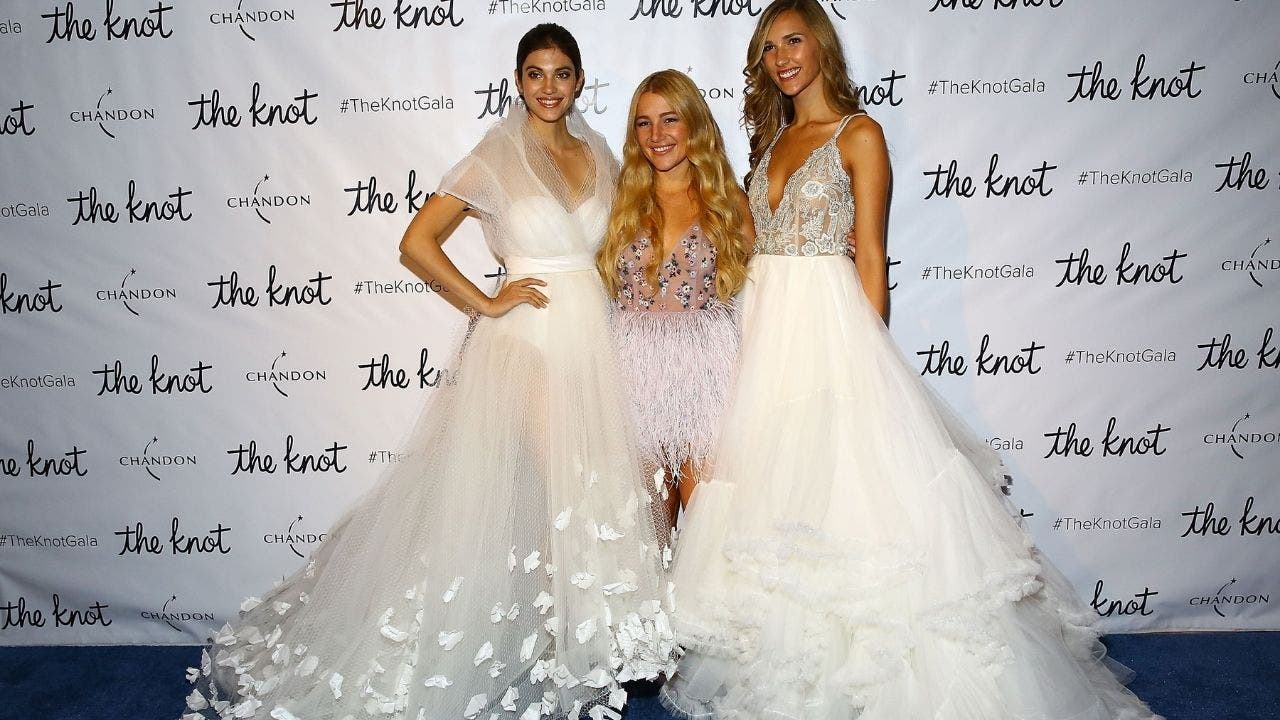 Wedding dress designer Hayley Paige has announced a lawsuit between her and the company she had been under contract with for years, JLM Couture, is forcing her to give up her Instagram, Tik Tok and Pinterest accounts after a lengthy legal battle.

Paige made the announcement Monday on a different Instagram page than the one at the center of the legal battle with JLM. She says she is resigning from her role as chief designer of her labels at JLM Couture.

She also says she won’t be associated with any of their products in the future, including models and dresses that bear her name.

The publication also claims that a court granted JLM Couture permission to prevent Paige from using her name in public for any business purpose. She also says the court granted JLM control of Paige’s official Instagram account, which has over one million followers.

In her announcement, Paige says she signed her contract with JLM Couture to start working with them and selling her designs in 2011 when she was 25 and did not have the deal reviewed. by a lawyer.

“If someone tells you that you don’t need to have a lawyer to review an agreement or contract, please get a lawyer,” says Paige.

She says this legal battle with JLM started when the time came for her to negotiate a new contract.

“The duration of my agreement with [JLM Couture] was ending and even in my best efforts to get a new contract, a contract that didn’t seem so one-sided, JLM’s conduct and [CEO Joseph Murphy], in my opinion, felt controlling, manipulative and intimidating, ”says Paige.

In her video, Paige thanks her fans for their support and tells other young creatives not to give up on their dreams.

“To young designers and budding designers,” she says. “If there comes a time in your journey when your sandcastle is trampled, have the courage to go and build a better one.”