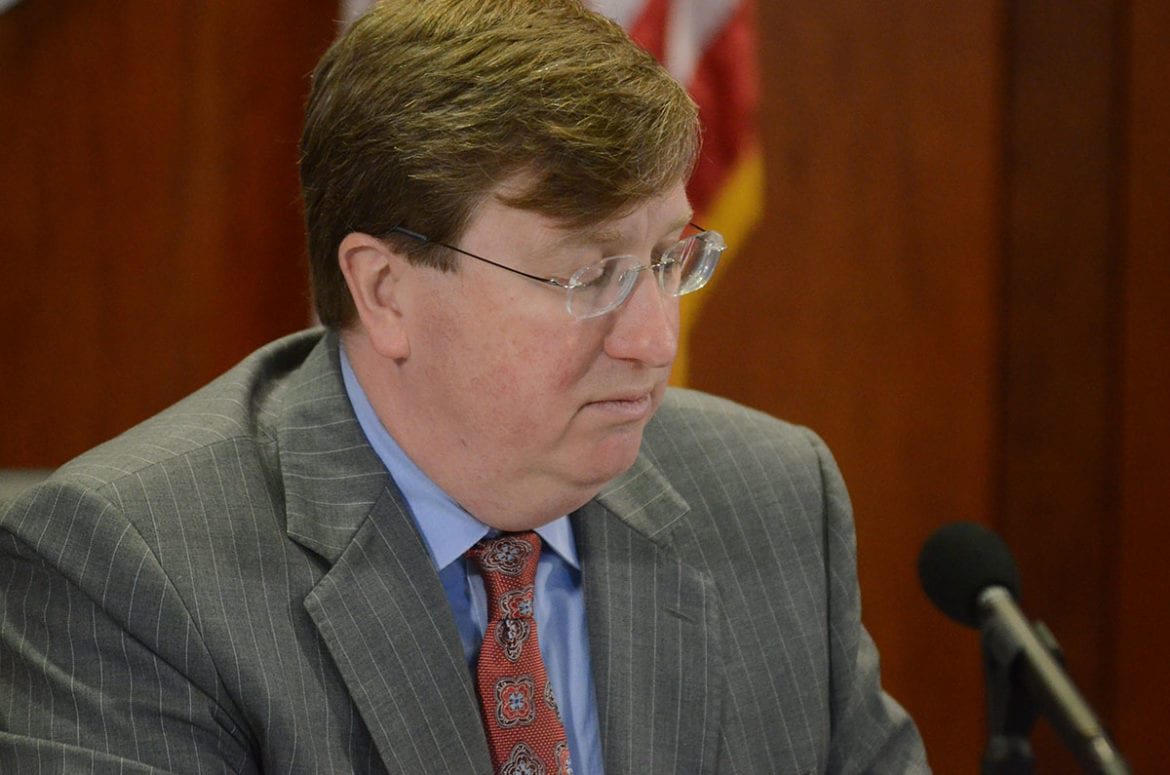 The Mississippi State Staff Council on Thursday gave the state Department of Welfare the go-ahead to hire new legal counsel for its high-profile civil lawsuit to recover millions in mis-spent welfare funds.

Jackson-based law firm Jones Walker will replace former U.S. Attorney Brad Pigott, the contract attorney who originally engineered the lawsuit, after Governor Tate Reeves’ administration abruptly removed Pigott from the case on last month. The new one-year contract is up to $400,000, with partners working on the case earning a rate of $305 per hour. Pigott’s contract was up to $75,000 for the previous year.

A defense attorney handling the case criticizes the state for using taxpayers’ money in its prosecution of numerous low-level figures in the global welfare scandal. The lawyer, Jim Waide, also raises questions about how the new contract will ensure that Reeves does not control the case as it would prevent other potential parties, including himself and former Governor Phil Bryant, to be included as defendants if the attorneys deem it appropriate. Mississippi Today uncovered a communication linking certain social spending to Bryant and Reeves.

“They (Jones Walker) will pursue this matter vigorously, wherever it leads,” Gov. Reeves said in a statement after the contract was approved. “They will eagerly cooperate with criminal investigators whose mission is to obtain truth and justice for wrongdoings committed under the previous administration. And they will spare no effort to recoup misused TANF funds.

At the staff council meeting, Mississippi Department of Human Services Director Bob Anderson said he believes the agency needs a larger legal team as the litigation enters the stages of discovery and trial. Anderson previously justified Pigott’s removal by saying the attorney had not contacted the agency about a subpoena he had filed with the University of Southern Mississippi athletic foundation.

Anderson said the new lawyers who will handle the case, Kaytie Pickett and Adam Stone, have experience in complex commercial litigation as well as procurement issues.

“While Brad Pigott initiated and prepared the initial complaint in this case, we believe Jones Walker is the one we need to complete the process of obtaining final judgment and recovering funds,” Anderson said in a statement. written. “They have a deep bench and are well versed in complex eDiscovery platforms, which will be crucial in a case like this involving hundreds and thousands of documents.”

Jones Walker, like many major law firms across the state, is a frequent campaign donor to Mississippi politicians — including a total of at least $18,000 to Reeves, according to records on FollowTheMoney.org . Locally the business was Watkins Ludlam Winter & Stennis before merging with Jones Walker over a decade ago.

The attorney general’s office also had to approve the contract.

Waide, an attorney for a defendant in the case, wrote a letter to the staff council ahead of the meeting criticizing the state’s decision to hire a new law firm and urging the council not to approve a contract wastes taxpayers’ money. Waide represents Austin Smith, the nephew of former MDHS director John Davis, who faces criminal charges in connection with the scheme.

Kelly Hardwick, director of the staff council, said the council had considered the letter but “it’s outside of anything we would consider”.

Waide had recently filed an objection to the state’s motion to remove Pigott as attorney and asked that the court consider whether Reeves is controlling the lawsuit to protect himself and his supporters. The filing came after Mississippi Today uncovered text messages linking the current governor to funding fitness trainer Paul Lacoste, a defendant in the case. Lacoste’s organization received $1.3 million, of which more than $300,000 went personally to Lacoste, records show, to run fitness classes for about eight months in 2019. Governor Reeves attended the camp training while texts show that Lacoste used his relationship with Reeves to endear himself to the Director of Welfare.

Previous reports also showed that Reeves’ office ordered MDHS to remove the University of Southern Mississippi Athletic Foundation, whose board of directors is made up of several of Reeves’ donors, from the lawsuit before it was filed. The foundation used $5 million in social funds to build a volleyball stadium on campus.

“…the governor himself is a potential defendant,” Waide wrote to the staff council. “Because of the Governor’s potential financial interest, he should hire his own attorney and should not be appointed as an attorney at taxpayer expense.”

In his statement, Anderson noted that Jones Walker will be responsible for, among other things, assessing claims against other potential defendants. Several law firms Anderson spoke with were unable to take the case due to disputes.

“Unless the Attorney General has a conflict of interest, there is no reason he should not pursue this action without cost to taxpayers,” Waide wrote.

Waide also argued that if MDHS hires a law firm to represent the state, it should pay the firm based on what it recovers from litigation, not a flat fee, especially that so many defendants are unlikely to be able to afford the potential. damage. A lawyer under an emergency settlement might be more likely to sue other entities that have received welfare funds — such as the USM sports foundation — which have received larger sums of money and would be more likely to return the funds.

“An hourly fee arrangement with any company will likely result in the costly prosecution of low-level defendants, such as Austin Smith and others, who have no way to pay a judgment. On the other hand Aside, a lawyer hired on a contingency fee basis would sue those who are financially able to pay a judgment and cost taxpayers nothing if no funds are recovered.

Jones Walker did not return calls to Mississippi Today for this story.

“This work has only just begun, and it may take years, but we will follow the facts wherever they go and continue them for as long as it takes,” Reeves’ statement said Thursday. “That’s what the state has done since I took office, and we will continue to do it aggressively.”

Republish our articles for free, online or in print, under a Creative Commons license.

Are you concerned about how your tax dollars are spent?

Please take a few minutes to share your thoughts on our investigative coverage of the Mississippi welfare scandal: